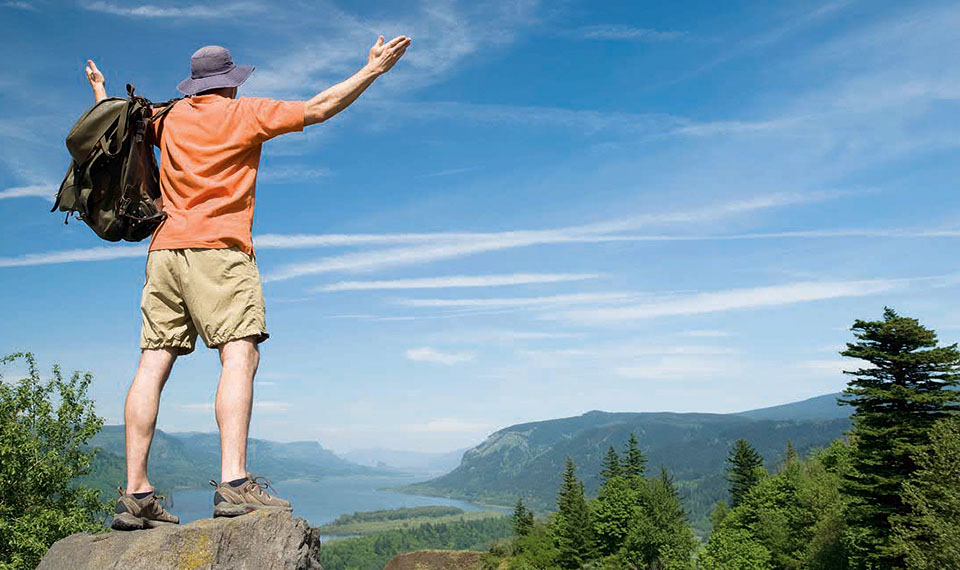 Central Oregon nonprofits being relied on as safety nets as well as economic developers.

When Oregonians tell us what they value in their social and political lives or give us their opinions about health care, the environment, education, or social services, what does that portend for the future direction of nonprofit organizations that work in these areas?

Are these organizations directing their dollars and their energy in a manner consistent with the concerns of Oregonians? Do they need to tweak the way they communicate what they are doing? Does this give them ammunition when advocating for policies and programs?

Portland-based DHM Research recently completed a survey that asked 9,500 Oregon citizens what their values and beliefs were regarding some of our most pressing issues.

“It’s the most comprehensive study of what Oregonians value,” said Su Midghall, president at DHM Research. “They told us what they love about living in Oregon and how they feel about taxes.”

Survey data was stratified into five regions, Portland Metro, Willamette Valley, Central, Eastern and Southern. What is striking is the shift in values for Central Oregon.

Ken Wilhelm, executive director of United Way of Deschutes County agrees, “It reflects the changing demographics here and the folks who have moved in from out of the area.”

Wilhelm said the survey results won’t change how United Way goes about doing its work but it might change how they craft their message to speak to the varying views expressed in the survey.

There is an increase in optimism from previous years in some areas but that optimism is tempered by skepticism in others.

“In 1992, 27% said they felt very positive about where things were going and how they felt about the state and the unemployment rate, which was pretty similar to today,” said Midghall. “Today very positive is up to 40 %, almost double.”

Pessimism rears its head when asked if “Oregonians from diverse backgrounds will find common ground and work together to make progress addressing the critical issues we face as a state.”— 84% say the goal is desirable but only 42% think it is likely to happen.

That result troubled NeighborImpact’s Cooper. “We need to be fueled by the expectation that things can be better and will be better,” he said. “If we’re losing that then we need to do some cheerleading in our communities about the possibility of what could be.”

Oregonians don’t have much faith that government will be able to improve the economy. The DHM Research report states, “Fewer than 20% of Oregonians mentioned spontaneously that unemployment and economic growth were issues they want their state and local government officials to do something about.”

Respondents were asked to rate 20 public services involving tax hikes or funding reallocations. Education ranked the highest for all regions of the state with more than 80 % saying it was very or somewhat important. Public safety was second and “protection of air and water quality” came in third.

“People were pretty clear that we’ve got to do something about climate change,” said Mike Riley, executive director of The Environmental Center in Bend. “There was strong feeling that we’re not willing to trash the environment for economic progress.”

Riley said the survey results affirm that the direction the Center is taking around energy and the environment is consistent with Oregonians’ values.

Kathleen Cornett, vice president for grants and programs at Oregon Community Foundation, one of the survey sponsors, said that OCF is releasing new grant guidelines, which put greater emphasis on the environment and on people working together to improve the environment.

“We were on that path so it was gratifying to us to see that affirmed in this study,” she said.

The Chalkboard Project, a nonprofit that works statewide to increase the quality of education, has piloted projects in Central Oregon.  Sue Hildick, Chalkboard’s executive director was pleased to see that education ranked first on the list of public services.

She said she thought the state was starting to move in the right direction for K-12, in terms of transformational initiatives and Central Oregon has been leading a lot of those conversations. Hildick didn’t see the survey results changing the strategies or direction her organization is pursuing.

Of the 20 public services rated, Oregonians placed health care near the bottom along with low-income support services. DHM Research posits that the health care result may be because residents do not consider providing health an essential governmental service. However, respondents believe all residents should have access to essential health care, and they especially believe children should have access, at public expense, if necessary.

Elaine Knobbs, the director of programs and development at Mosaic Medical, a nonprofit that serves low-income people, was happy to see backing for mental health services.

“It supports what’s going on regionally at Mosaic Medical with integration of behavioral health in our primary care clinics,” she said.

Knobbs said the survey results confirm what they are already doing and will encourage them to look at how they can communicate the value of what Mosaic Medical does.

OCF’s Cornett said, “There is a treasure trove for nonprofits that do advocacy because it provides them ammunition when they are advocating for policy changes.”

The consensus from nonprofit representatives interviewed is that they will not alter their strategies or programs because they believe they are in sync with what Oregonians value. They will however look at how they can enhance their messages to show that their missions reflect what Oregon residents say is important to them.