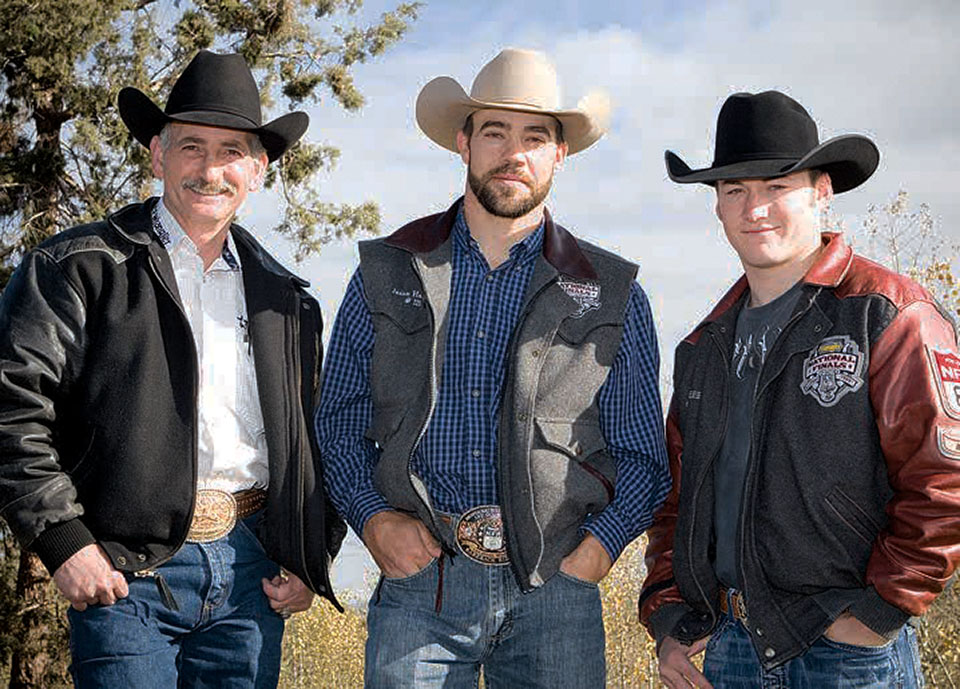 Learning From Their Hero

Conservative isn’t usually a term associated with riding bucking horses for a living, but his methods certainly seem to be working. Three of the Central Oregon students he’s mentored are headed to the Professional Rodeo Cowboy Association’s finals in Las Vegas in December. Only 15 riders advance to the finals, so having three of the 15 from Central Oregon says a lot about that “conservative” style he favors.

Corey said when he started competing, there weren’t any schools or clinics that taught you how to stay on a bucking horse. He learned from the school of hard knocks. 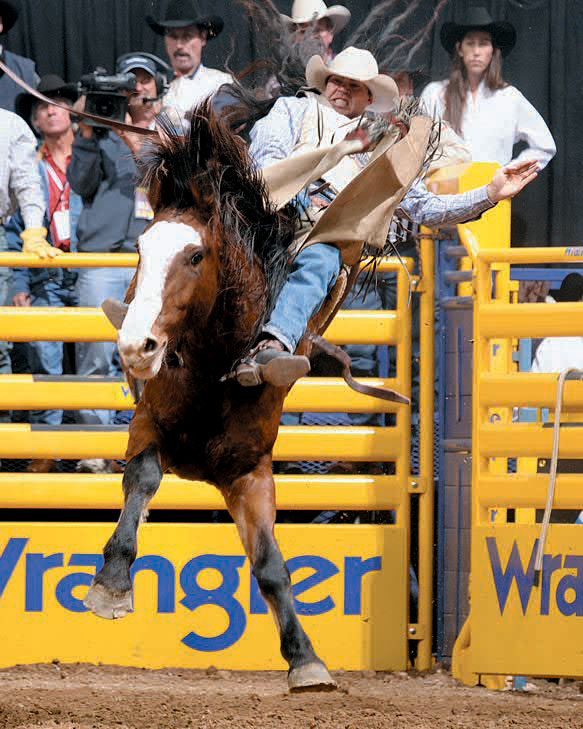 After Corey made the finals a few times, he wanted to give back to the younger guys working their way up the circuit, so he started offering clinics. He wanted to help them progress faster than he had learning on his own.

The would-be wranglers started out on a bucking machine, then a non-bucking live horse before getting a real bucking horse. Havens, Mote and Peebles started participating in Corey’s clinics when they were in high school. As they grew into the sport, they all began traveling to competitions together, entering the same events. They said they didn’t compete against each other; they competed against the horse.

“There’s a lot of sports where you don’t get to meet your heroes, the top guys in the world, so for us to be friends with him and travel with him; that’s huge,” said Havens of his relationship with Corey.

Peebles, who represents the next generation on the mentorship tree, agreed. It’s a big thing,” he said. “He’s one of the biggest guys there is in rodeo.”

Corey said he’s benefited as well. His students’ youthfulness and enthusiasm kept him going. “It’s helped me to improve my riding by helping them” he said.

“Some guys are just wild and don’t know how to get in time with a bucking horse and do things correctly,” he said.

Corey pointed out that the “wild guys” aren’t consistent in their scoring. They can get a high mark one day and fall way below the next.

All his trainees have learned how to keep their scores consistent. They may not be the top scorer at any one even, but the points add up over time and lead to the finals.

They’ve also learned another lesson from Corey: how to give back to the next generation. Havens knows there are young kids looking up to him like he did Corey, and now he’s mentoring them, paying it forward.