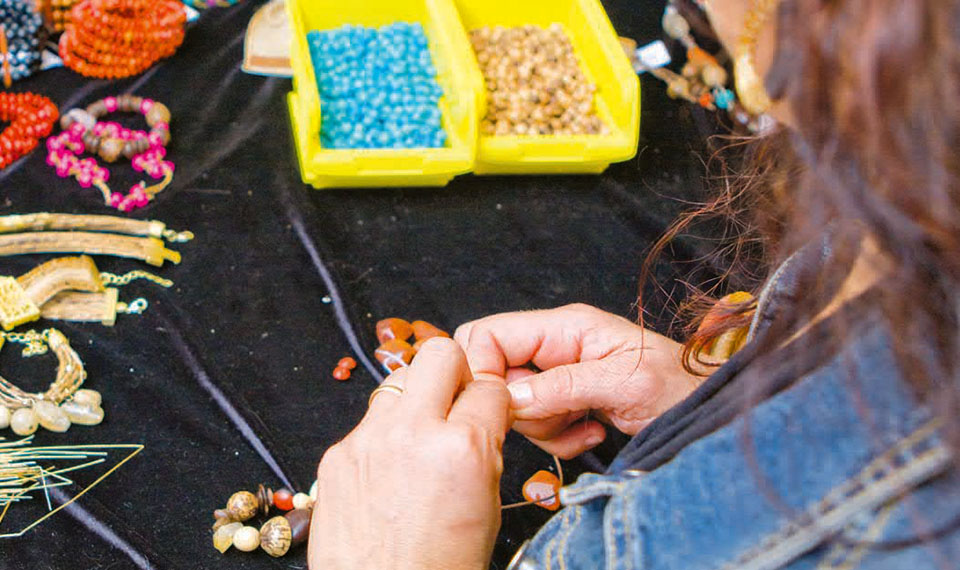 From Brazil With Love

The pursuit of three goals led Brazilian-born Milena Ziober down a path she continues to follow today. They included earning personal income, supporting the artisans of her native country, and keeping the cultural connection to Brazil alive for her two daughters, 10-year-old Brisa and 8-year-old Makaya Sol.

This path led to her founding of Wild Berry Eco Jewelry, an online marketplace that sells handcrafted jewelry made from Brazilian flora – seeds, trees, leaves, grasses, berries, and coconuts.

She runs the web-based business from her Bend home, a decision that’s awarded her with opportunities to bond with her family both culturally and creatively. It enables her to be there for her daughters while introducing them to her native culture during trips to Brazilian co-ops where the jewelry is made.

“It’s huge to keep the culture, and the opportunity for me to bring the girls and show them two sides of the world,” Ziober said. “They see a lot of poverty but in other ways it’s very rich.”

The idea for Wild Berry Eco Jewelry was born during one of these trips to her homeland. Since starting the business, these trips have become more frequent as Ziober visits the Brazilian co-ops to select merchandise as well as inspect the working environment, making sure the conditions are not exploitative of the women.

“Most of the jewelry is made by single moms who work together,” she said. “They’re protected by the co-ops, so people aren’t taking advantage of their work.”

The Brazilian women live very simple lives, she added, and making the jewelry is a way for them to have a better life.

The style of arts and crafts made in Brazil has always remained close to Ziober’s heart, and she revels in the idea of sharing the beauty of these wares with people from other cultures. 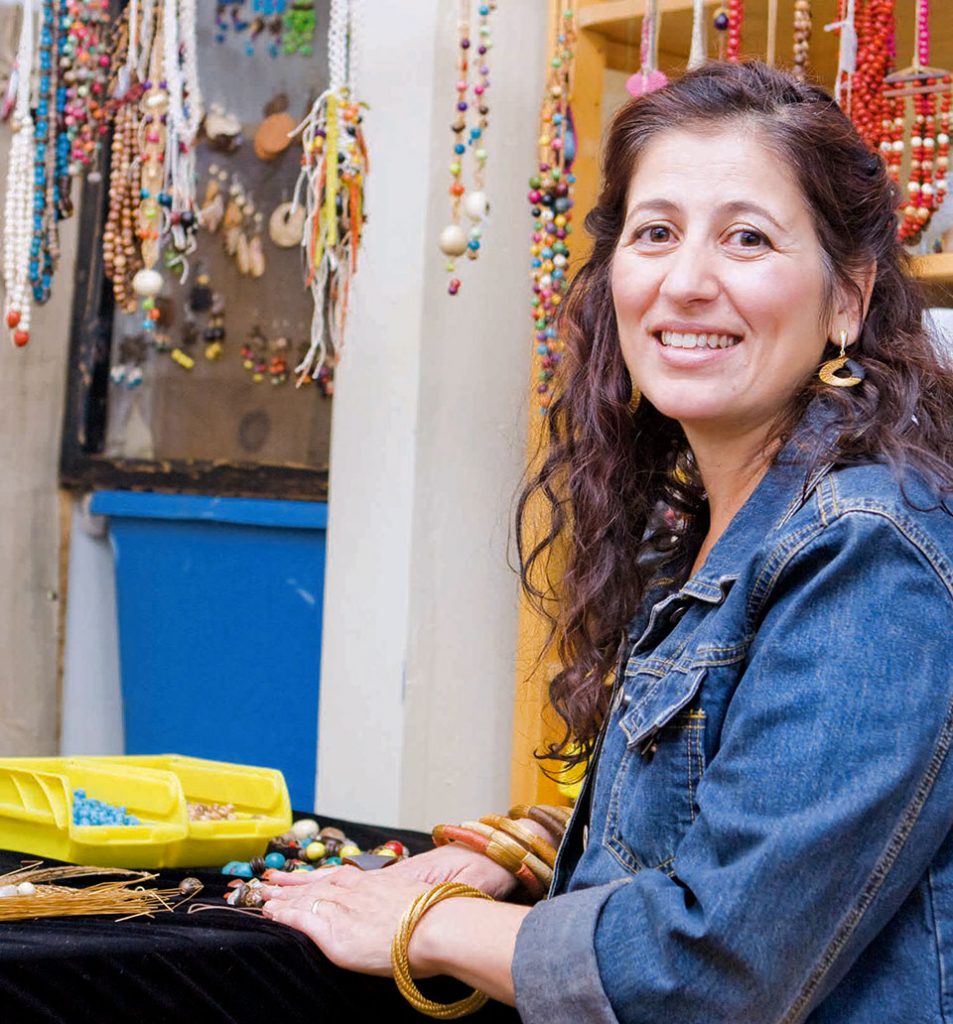 Ziober knows a lot about living in two cultures. Her father is American and her mother Brazilian.

“My dad always said I have passports in both worlds.”

Ziober’s first trip to the U.S. at age 16 was to visit her paternal grandmother in Wyoming. While she returned to Brazil, that initial visit whetted her appetite for more adventure. So, at 19, she moved to San Francisco to study hotel and restaurant management.

Her boyfriend, Luis – now her husband – joined her, and the couple eventually opened a Brazilian restaurant in San Diego. A difficult pregnancy led to closing the restaurant and moving to Bend where her husband was offered a business opportunity.

Wild Berry is a family affair. Luis helps with marketing through social media, and her daughters love to assist when she displays her jewelry at artisan events.

“My oldest loves being part of it – she sells – and my 8-year-old loves to redo the table all the time,” she said.

Ziober makes some of the jewelry herself from native vegetation, and some she purchases from the artists. The jewelry made from Golden Grass, which only grows in the northwest part of Brazil, has become a very popular in Europe and the U.S. Golden Grass has a rich color and is crafted into various artistic forms – jewelry, hats, baskets, and purses.

Orange is Ziober’s favorite color, something one may notice immediately upon looking at her designs. In addition to orange, her creations feature a mix of vibrant color and earth tones.

“Wild Berry Eco Jewelry’s mission is to bring to the world the beauty, strength, diversity, and creativity found in Brazil by the hands of the Brazilian people that present their art and culture in the great-looking fashion jewelry,” states the business website.

Wild Berry is also a distributor for jewelry from Global Mamas, which represents African women by creating sustainable economic opportunities that help them become financially independent. Global Mama’s jewelry is handmade from recycled glass, and along with products made from the Brazilian co-op, is certified Free Trade.

While there is no one regulatory agency that certifies products as Free Trade, that designation signifies that the exchange of goods will be based on principles of economic and social justice in international trade.

Ziober said as far as future plans for her business, she would like to represent artwork from women in other countries. “It doesn’t matter where the art comes from because it definitely draws me closer to my culture.”

Running Wild Berry has helped teach her children about the privileges that they have in the U.S. that don’t exist in Brazil and vice versa. She wants her daughters to incorporate the values of both cultures into their lives, much like how she grew up.

“I love both countries. They are just different,” she said.