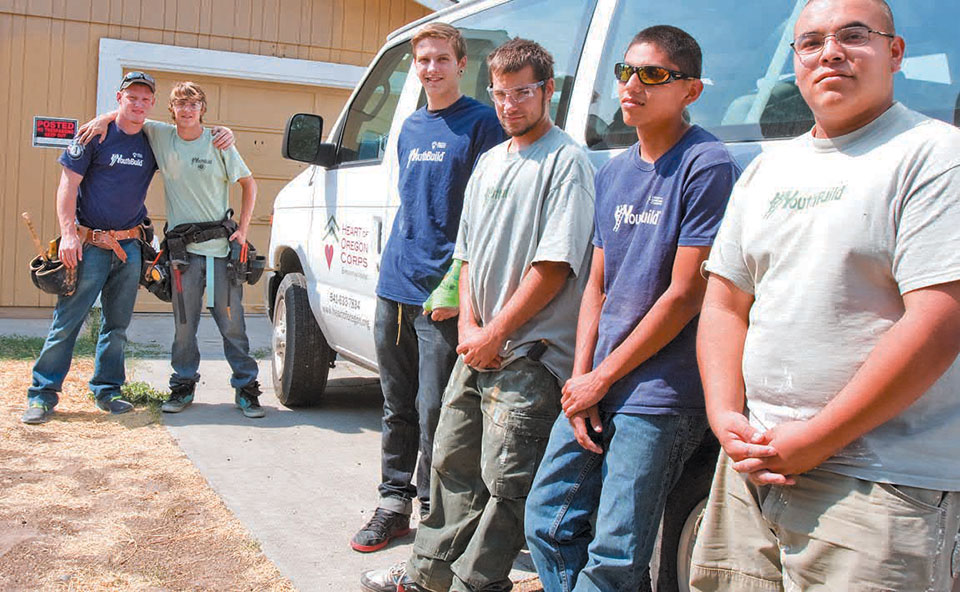 For the Benefit of Many

Through thoughtful partnerships, City of Redmond turns former pot-growing houses into positive opportunities for youth and the community.

What do you do if you’re Redmond Police Chief Dave Tarbet and you have just become the owner of two seized drug homes?

You call Housing Works and start the ball rolling toward rehabbing the trashed homes, turning them into a big win for the whole community. Then you add the Heart of Oregon Corps’ YouthBuild program and Home Federal Bank to the mix, and community benefits multiply.

The Redmond homes in this scenario each had extensive damage from marijuana-growing operations. “One of them was a major production facility where they had busted out walls and had big ventilation systems installed,” said Tom Kemper, executive director of Housing Works.

Through the process put in motion by Tarbet’s initial phone call, benefits were realized on several levels: young people from YouthBuild, who renovated the home, learned construction skills, and improved their employability; the City of Redmond developed assets that increased in value; Housing Work fulfilled its mission of “fostering dignity through housing;” and Home Federal’s loan was repaid through rental income from the homes.

But before the homes could be leased to tenants, they needed lots of work. That’s where the Heart of Oregon Corps’ YouthBuild program stepped in.

Kara Johnson, the program director at YouthBuild at Heart of Oregon Corps, said the program recruits young people from all three Central Oregon counties, including Warm Springs, for the nine-month program. During that time, the participants, who have to be 16 to 24 and have dropped out of school, spend time working on their GEDs or high school diplomas while learning the construction trade and earning a small stipend.

Some of the young people in the program have been involved in the criminal justice system. Some are deficient in math and literacy skills (below a ninth-grade level), have been in the foster-care system, or have histories of alcohol and drug abuse. 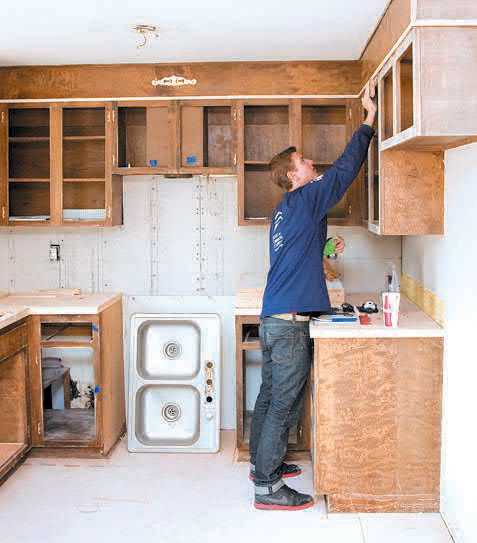 Not only has the project helped instill good work habits and new skills for the youths, but it has also allowed them to see first-hand the negative impact that the drug houses had on the neighborhood, plus how their role is creating something positive for the community. It’s a new perspective for those who have gotten into trouble.

Chief Tarbet said he’s been impressed with the quality of the work by the young people. “They’ve done a really good job,” he said. “It’s definitely a win for all the partners.”

Housing Works’ Kemper echoes that sentiment. “Youth Build does really amazing things,” he said. “They take these troubled kids and give them an opportunity to get their GED and get a real skill.”

The City of Redmond has leased the homes to Housing Works for five years at $1 annually with a five-year extension likely. Housing Works, in turn, has placed the homes in its Tutor Home stock, a “homeowner in training” program, providing residents the opportunity to lease a home for up to two years while they take steps to prepare for the purchase of their own home.

Housing Works borrowed money from Home Federal to purchase the construction materials and partnered with YouthBuild to do the remodeling. When the homes are finished, the Tutor Home tenants’ rent will be used to retire the Home Federal loan.

This project inspired employees from Home Federal, the Redmond Police Department, and Housing Works to donate time to landscape the properties. Kelly Fisher, the client services manager at Housing Works, said the volunteers did such a good job that when they arrived at work one day, the neighbors came out and asked if they were part of a TV show.

“Our employees were very excited to be part of the project,” said Home Federal’s Watt. “To Take houses that were drug homes and convert them into affordable housing for families that need it the most … it’s just one of those projects you want to be part of.”

“The project is just one more example of how good the people in taking care of their community,” said Witcosky.